One of the things I love about randonneuring in the Pacific Northwest is the mountains. The Cascade and Olympic Ranges are full of jagged volcanic peaks, towering above coniferous forests. This winter’s snowpack has been low, so through the summer many of the mountains were rocky and grey (like Mt Washington, below). 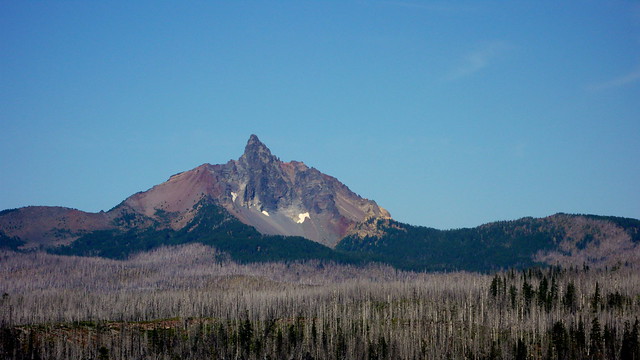 It’s been nice to see snow accumulating on the mountains again, but it also limits our riding in the mountains. Jan Heine recently wrote an excellent blog post about “The 4 Seasons of Mountain Passes” (and no, it’s not about the hotel/resort or the band). His photos show the mountains from a different perspective than we normally see as cyclists.

Similarly, the astronauts aboard the ISS are helping us to see our world from a different perspective: from high above. I follow their feed on Instagram and am delighted when they occasionally post familiar highlights of the Pacific Northwest from their incredible point of view. Here are two such photos:

Mt Saint Helens features prominently in rides in Oregon and Washington. From Portland, you can ride a 200K permenant, #8800, playfully named Up Yer Ash!, to the south side of the mountain. For the randonneur seeking out a bigger challenge, #0842, the Windy Ridge 630K, (based on a 2009 brevet run by the Seattle International Randonneurs) climbs to a scenic point high on the North side of the mountain.

Crater Lake is the highlight of a difficult and beautiful 1000K organized most summers by the Seattle International Randonneurs. I rode it with James Walsh in 2013. Pushing hard to “do a time,” we managed to complete the ride in 60h25, still the course record despite strong performances this summer by several riders. The biggest downside to riding this event with a time goal was getting to the lake at an odd time and then not sticking around. We arrived at dawn, which was cold and visually striking, but it would have been nice to take a long break there and eat lunch overlooking the piercingly blue water. 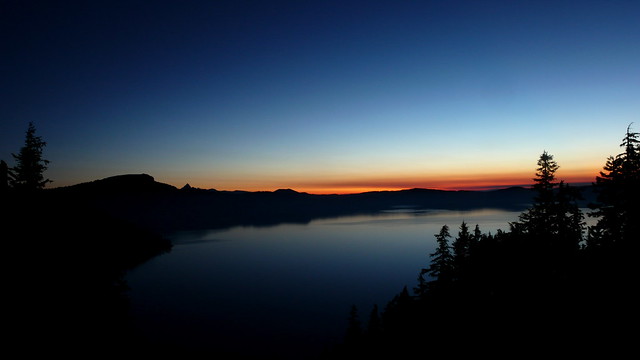 Looking down from the International Space Station, these huge and iconic calderas look so small. It’s amazing to think that the climb up to Crater Lake tops out over 8000ft and, coming from the coast as the brevet route does, involves 100 miles of nearly constant elevation gain. Mt St Helens, low though she is after her explosive 1980 eruption, is also home to challenging passes. I’m glad to see the Pacific Northwest from the ISS point of view. It feeds my dreams for future rides… I’ve never been to Windy Ridge, but maybe next year…